Outlook Anywhere allows you to connect to Exchange even from outside of the corporate network via so-called “Microsoft Exchange Proxy Settings”.

On occasion, questions are being raised about what exactly is considered slow or fast and whether or not this threshold can be configured.

While the direct answer is “yes, it can be configured”, the reality is that it might not actually really matter anyway for most configurations. Let’s take a closer look why that is.

First of all, lets take a closer look at the terms being used here:

In that sense, it is now truly “Outlook Anywhere”. 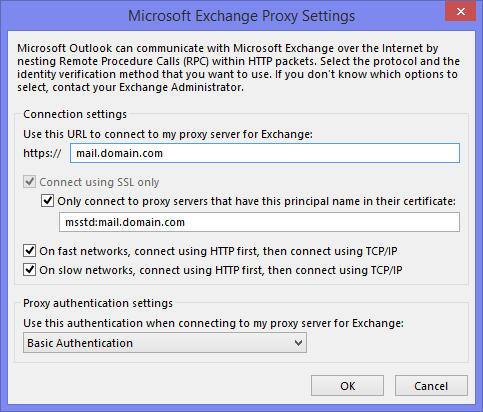 To get to the above dialog:

In most situations, you can enable both options without any problem. In the worst case, it might take a little bit longer to initially connect to Exchange.

However, regardless of this setting, connections considered “slow” can still change other Outlook behavior.

Am I connected via Outlook Anywhere?

To find out whether or not you are connected via Outlook Anywhere, do the following: 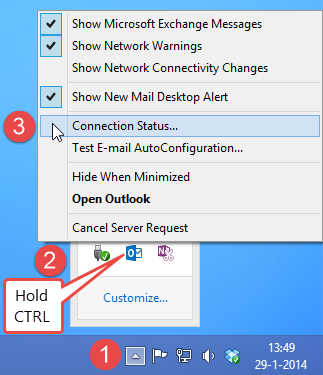 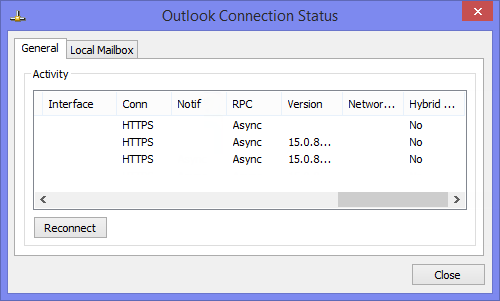 Tip!
When you use Outlook 2013, you can also look at the “Protocol” column. This will either state RCP/TCP, RPC/HTTP or MAPI/HTTP and allows you to see whether you are making use of the old (RPC) or the new (MAPI) HTTP connection.

Good, back to the original question; What is being considered slow?

Slow is when the adapter speed reported in Windows is less than 128KB per second which is a 1.0 Mbps connection.

This might have nothing to do with your actual Internet connection speed though as usually, your configuration looks like this:

In that case (even when your modem has an integrated router and WiFi), the reported adapter speed is the connection speed from your computer to your router, hub or switch which is much higher.

Common configurations in this case would be a laptop or tablet which have their own SIM slot or a USB dongle to a make an Internet connection via 3G or 4G technology. 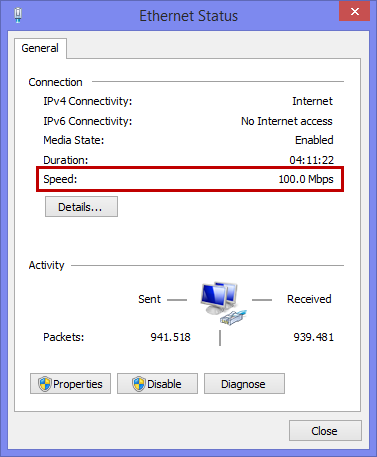 Slow network setting: When does it really matter? 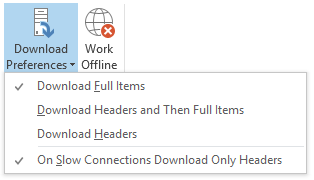 When it does matter is when you are on a direct but slow connection to the Internet (like when your 3G/4G dongle has a bad reception).

As these usually are metered connections and relatively expensive, Outlook will change to the following behavior:

The option “On Slow Connections Download Only Headers” is set by default but can be disabled/enabled in the following location:

As said 128KB is considered slow by Outlook which is a 1Mbps connection.

As metered connections are often already faster than that, you might want to increase this threshold value so it will still consider a connection slow even at a higher speed. As usually wired and WiFi connections are much higher than 8Mbps, you could for instance choose that as the new threshold so any connection speed below that would be considered slow.

To modify this limit, you can create the following Registry value.

The value to enter is the minimal bitrate required to consider a network being fast. Anything below this bitrate would be considered slow.

Administrators can control the “slowbitrate” Registry value and the “On fast/slow networks, connect…” account setting via Group Policy:

Note 1:
After making the above change via PowerShell, restart the “World Wide Web Publishing” service to have the changes take effect immediately.